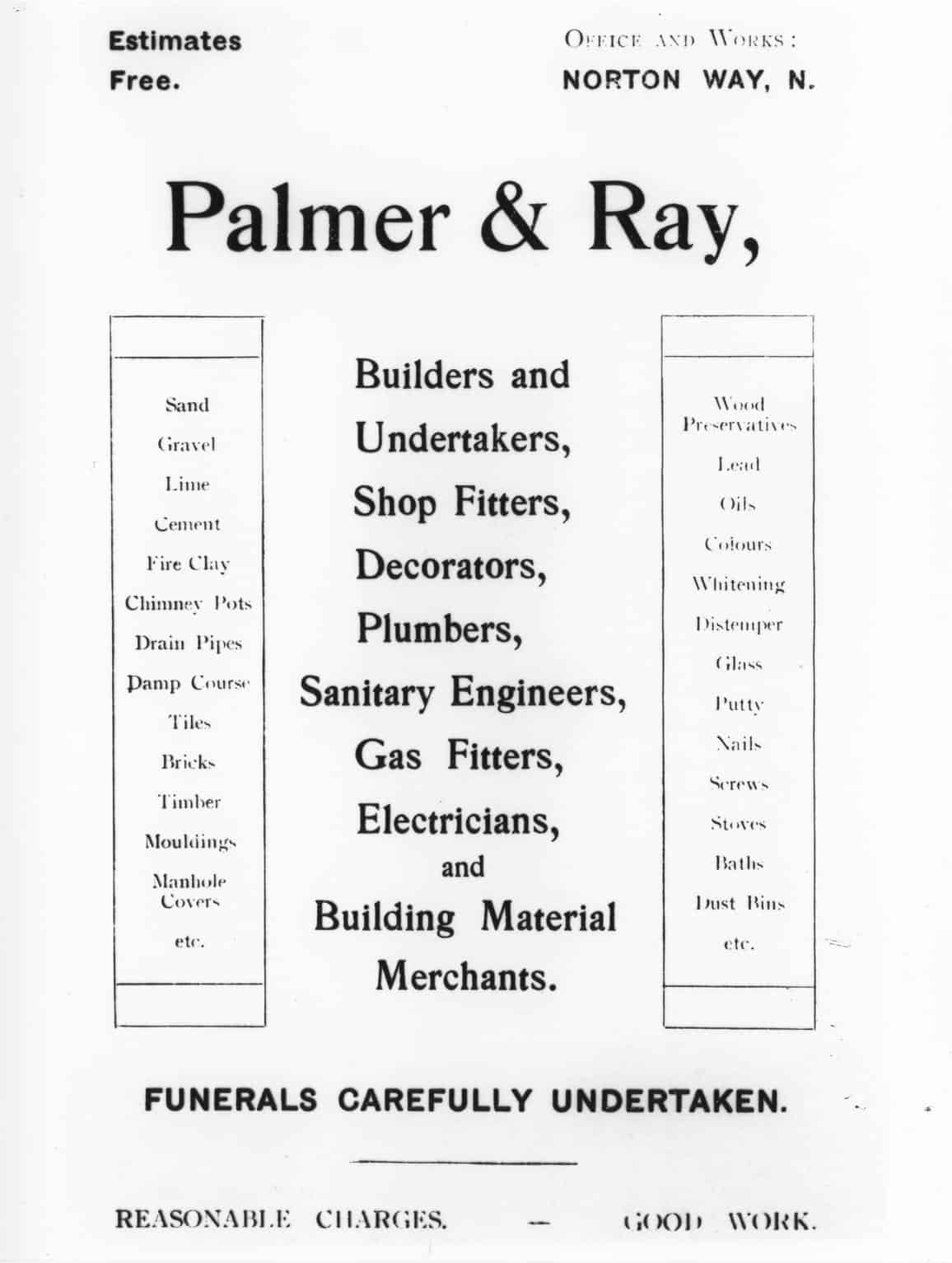 Having completed his apprenticeship and made something of a name for himself as a skilled carpenter, John Ray moved from Huntingdonshire South to Letchworth, drawn by the excitement of the world’s first Garden City. John Ray initially went into business with Frederick Palmer in 1904 trading as Palmer and Ray.

Over the next 10 years Palmer & Ray built a considerable number of residential properties. Notably they built cottages in Hillshott and Pixmore Avenue for the Howard Cottage Society, which was founded in 1911 to provide properties for artisans at affordable rents. These cottages were said to be ‘some of the finest working-class cottages in Letchworth, with gardens large enough to produce abundant vegetables.’  Palmer & Ray were also involved in the building of Station Road, the earliest shopping street to be developed in the new Garden City.

In 1913 they went their separate ways when Palmer set his sights on the next Garden City, Welwyn.

Over the next 40 years John Ray Ltd. (incorporated 1928) built extensively in the local area, initially limited by the distance the pony and trap could manage. After the purchase of a Vulcan Steam Lorry greatly expanded their range, ponies were finally phased out in 1921. 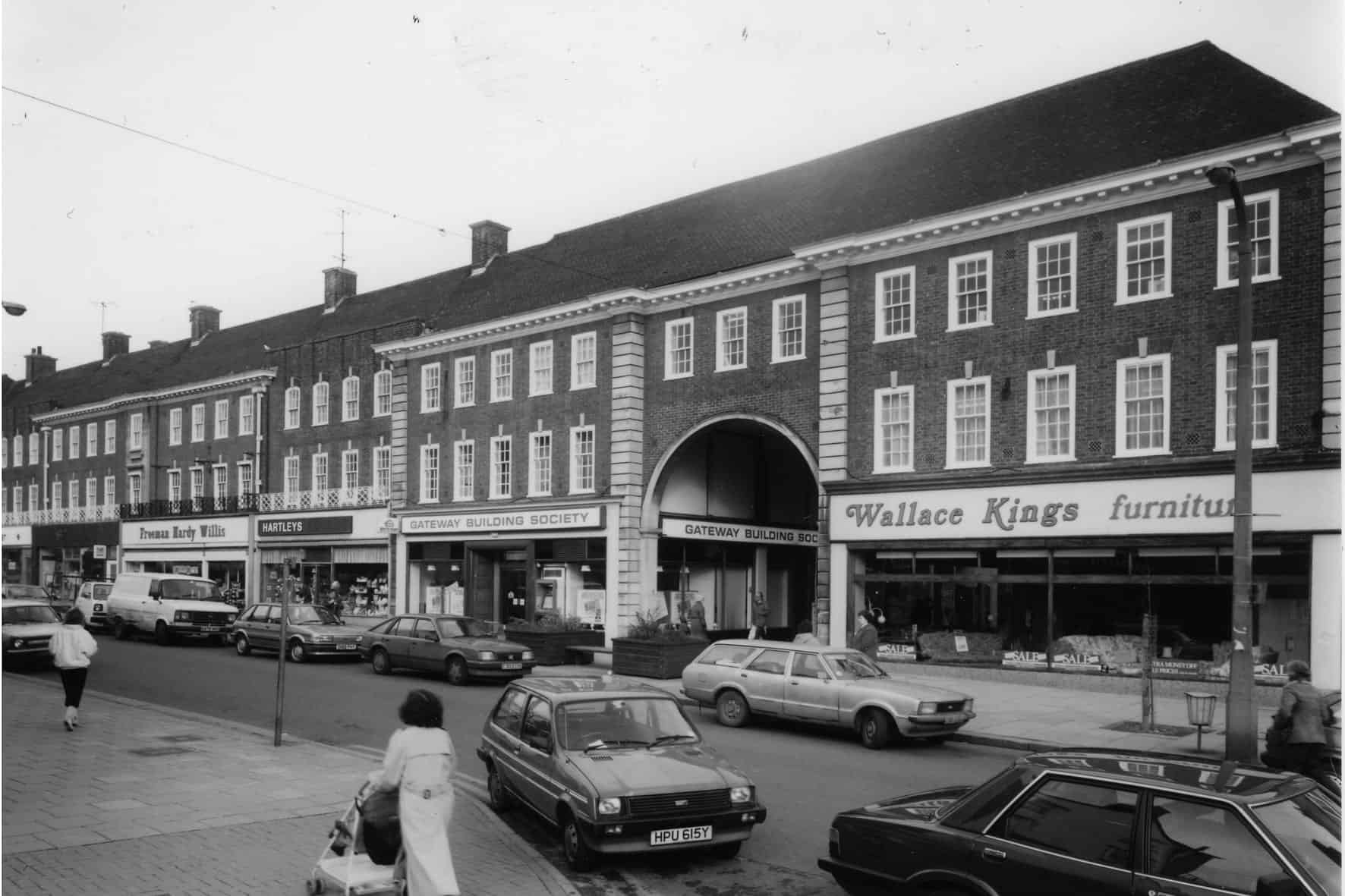 Between the wars, John Ray completed many building projects, including the neo-Georgian shopping precinct in Leys Avenue, and the Arcade linking it with Station Road. Residentially, they built many of the large houses that sit opposite St Francis College on Broadway. 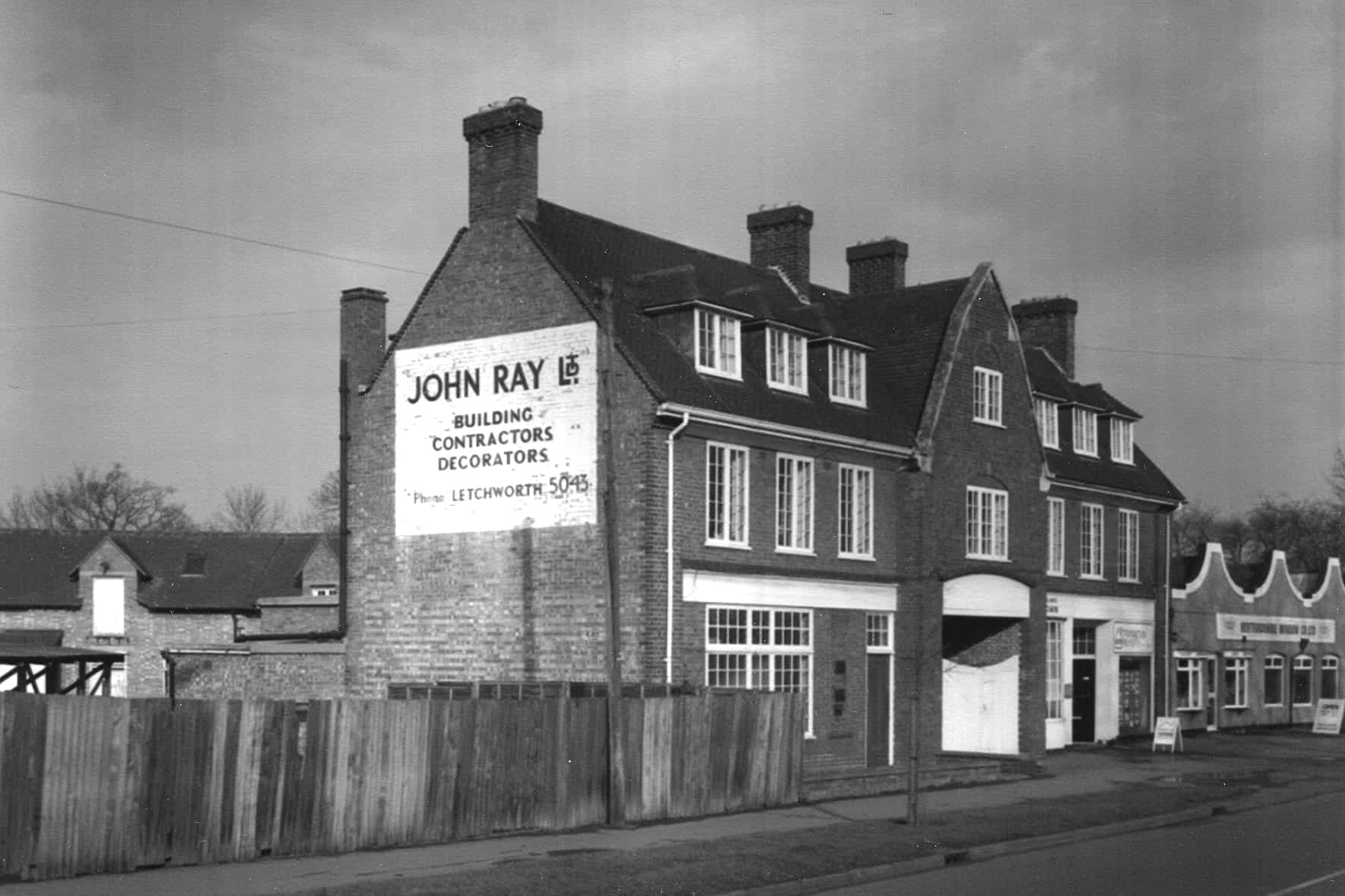 In 1937 John Ray set up The Hitchin Property Trust Ltd. to hold and manage the buildings John Ray Ltd. had built and continued to manage both companies from the offices at Norton Way North. This is quite an achievement when you consider that at this point John Ray Ltd. had over 250 employees. 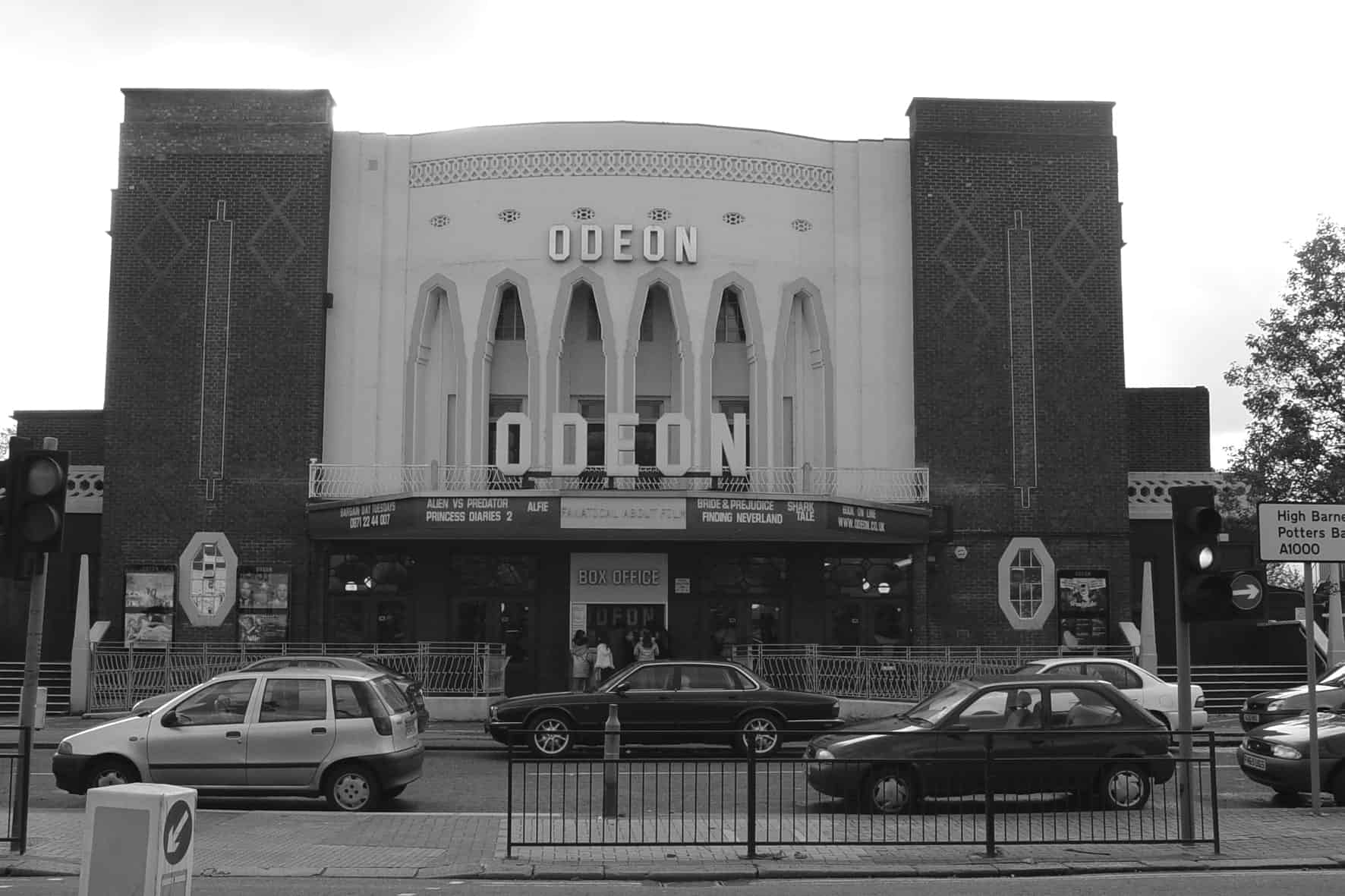 This was the decade of the cinema for John Ray Ltd. with them building cinemas all over the country from Reading to Newmarket. The Hermitage Cinema in Hitchin was built in 1932 and was said to be one of the best equipped cinemas in England with a very generous foyer space, a first floor café, full size stage, orchestra pit and 12 dressing rooms. John Ray Ltd. also built the Regal Cinema in Hitchin. Unfortunately, nearly all the cinemas have since been demolished and replaced with shops and supermarkets. 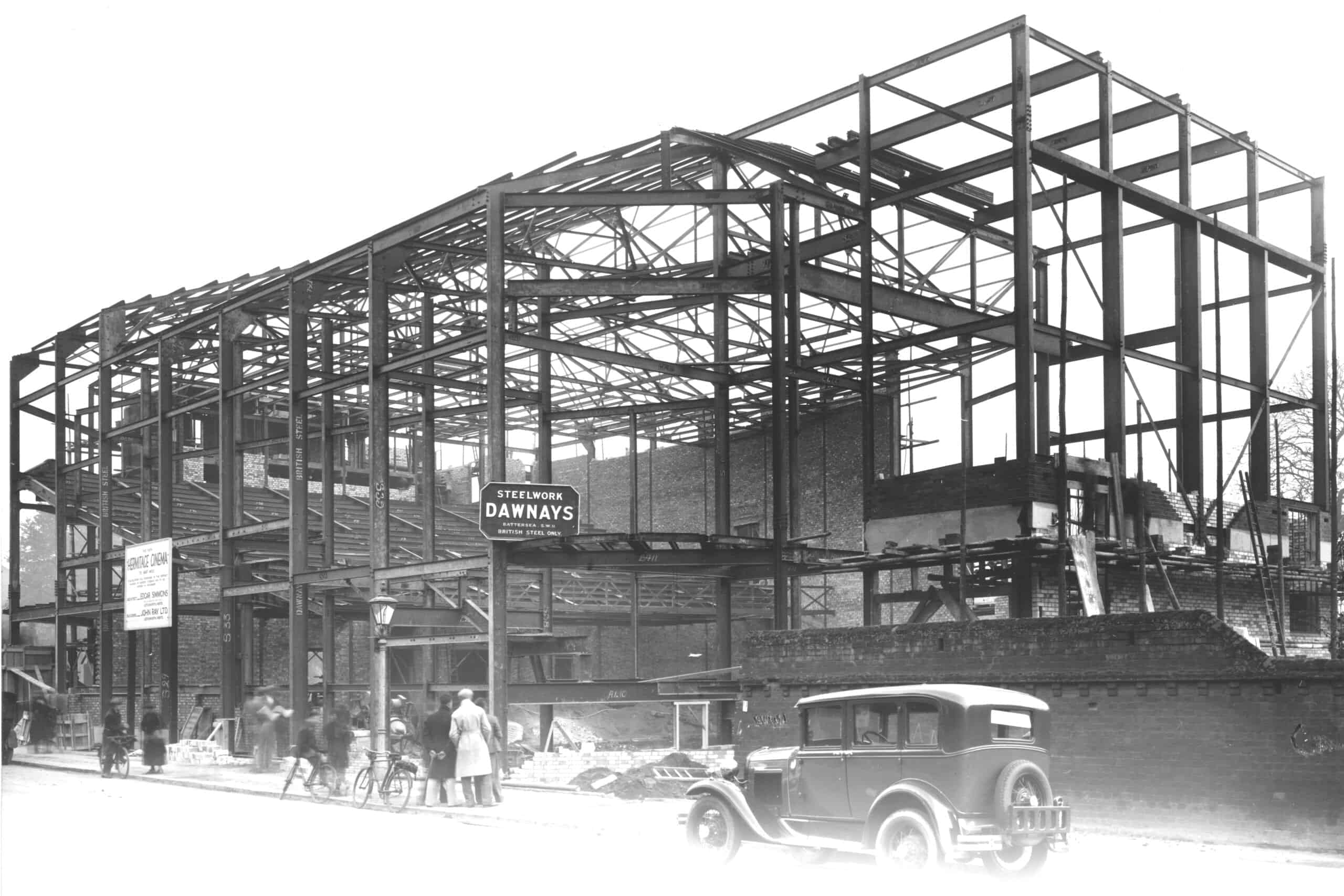 Another notable building project of this time was the Chilterns estate on what was then the outskirts of Hitchin. In place of the old house they developed a small estate bearing the same name. White walls and green roofs were ‘a suburban step for the country lane’ and today the estate is still a fine example of domestic architecture.

However the Second World War would have dramatic effects for the company with the majority of the workforce called up, including Eric, John’s son who was now a key part of the business.

Whilst the company returned to house building after the war it was never to the same extent and the passing of John Ray Snr in 1958 led the way for a fundamental shift in both John Ray Ltd. and The Hitchin Property Trust Ltd. However, at the age of 77 John Ray had made an impressive journey from son of a farm labourer to developing and sustaining a prosperous family business that had survived two World Wars.

The end of the War also coincided the creation of the Green Belt which severely limited the land available and also curtailed plans to build on land already owned by the company.

The second John Ray, son of Eric, joined the business in 1979, following his qualification with the Chartered Institute of Building and eight years experience with Ove Arup and Marples Ridgeway.

Two years later, in 1981, John would end up running the business after his father’s sudden passing age 68. At 30 years of age John was managing director and head of the family business.

Under the younger John, the transition from building to property management completed, and Whitehorse Street, Baldock would be the last large-scale construction project John Ray Ltd. undertook.

With the portfolio now a considerable size it was more than a full time job taking care of the maintenance and renovation needs of the buildings not only owned by Hitchin Property Trust but there were also two new companies The Hitchin Property Trust Ltd. managed the portfolios of: The Willian Trust and Keysheath Investment Company Ltd. This was also the time of computerisation and a new way of working that included a considerable increase in paperwork and record keeping! 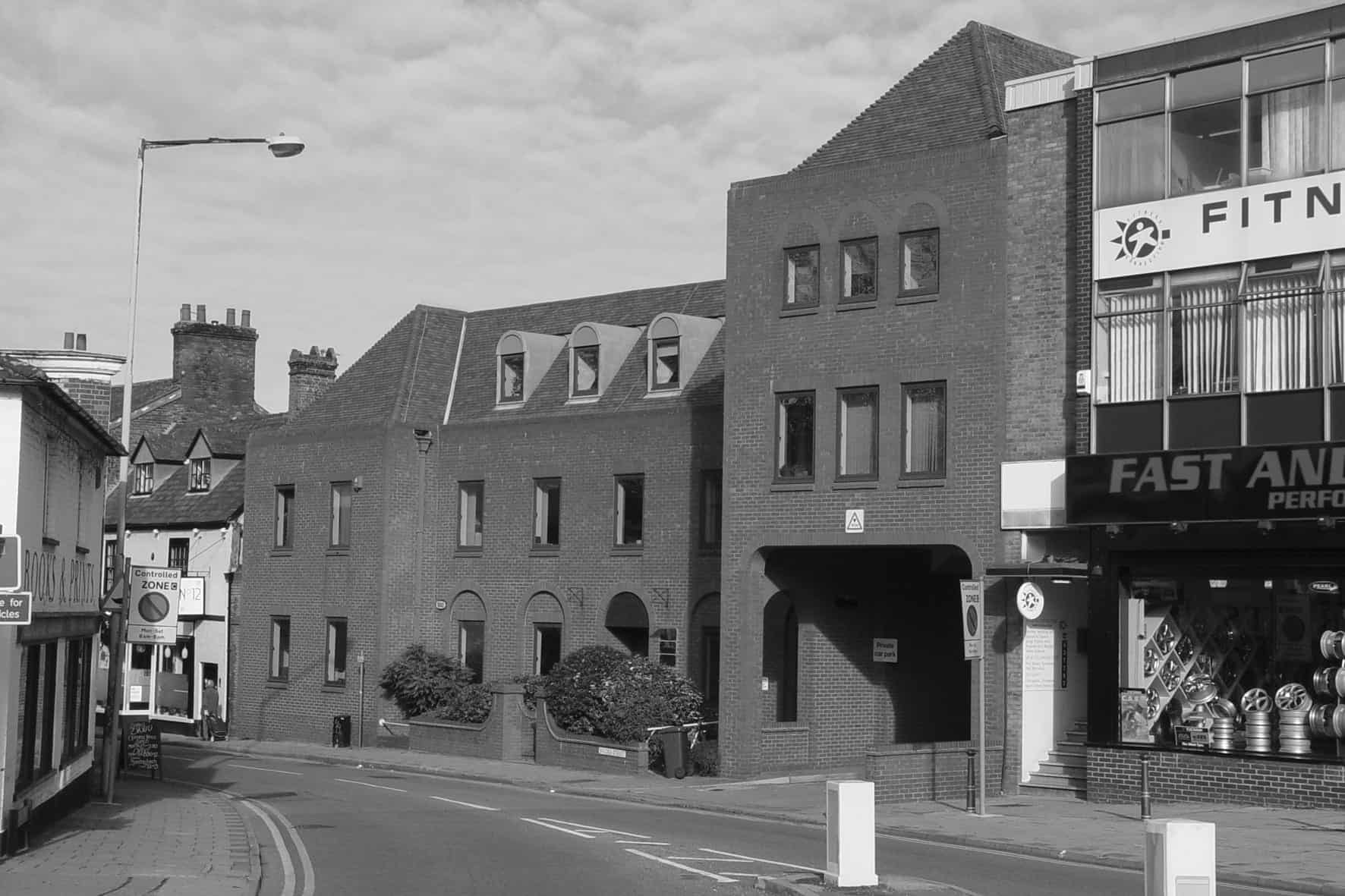 John also saw the relocation of the company offices from their site in Letchworth to a new building in Hitchin, The Maltings, which would also site a new workshop for John Ray Ltd.

In 2007 Alex, John’s youngest daughter, joined the firm and embarked on a long-term project of improving and modernising the company’s portfolio.

When you visit our website, it may store information through your browser from specific services, usually in the form of cookies. Here you can change your Privacy preferences. It is worth noting that blocking some types of cookies may impact your experience on our website and the services we are able to offer.